A term that is commonly found discussed on forums and crypto sites is ICO’s – or Initial Coin Offerings. There are some similarities to IPO’s (Initial Public Offerings) in the world of stocks and shares but there are crucial differences too (see point 2).

What is an ICO?

Basically, an ICO is a way for a blockchain or Cryptocurrency Company to crowdfund a particular project by way of raising funds in return for crypto tokens. The funds raised then allow the Company to further develop their projects or ideas. In return the buyer of the tokens has a direct share in the Company.

Normally ICO tokens are purchased with mainly Bitcoin or Ethereum but FIAT currency has also been offered as a way to buy tokens.

The first ICO project launched successfully was Mastercoin, they raised $5 million of Bitcoin selling their tokens in 2013 and since then there have been hundreds of ICO’s to come to the market, unfortunately, not all are legitimate or well managed.

Is this the same as an IPO?

Although parallels can be drawn between a crypto ICO and a share IPO there are differences. One big difference is that in an IPO a share denotes a part ownership in the relative Company – with an ICO this is not always so although in some cases crypto tokens can be used as a way to gain more voting rights too, the more tokens the higher voting power.

In the majority of cases though the tokens are simply as their name suggests, they are units of currency.

Additionally IPO’s are heavily regulated and very complicated to bring to market with vast amounts of paperwork and governance to be adhered to with large financial penalties in the case of non-compliance. ICO’s, on the other hand, are unregulated (on the whole) and so the normal boundaries which would apply to an IPO are overcome. This creates a fantastic investment opportunity but along with that opportunity comes very high risk.

So what can I do with my tokens?

This will vary from project to project. Details of what the tokens can be used for should be laid out in the Companies white paper which is the document which details what the plans are for the Company and how they will develop their business model, similar to a very in-depth business plan. ICO tokens can be used in a vast array of projects in very different ways, the way to find out more about any particular ICO is to carefully read the Whitepaper, visit the ICO site (this is typically a .io domain) and visit specialist ICO sites such as www.icorating.com or www.ico-list.com

So why participate in an ICO?

There are many reasons people want to participate but primarily it is to share in the hopeful success of a project and make a profit if the value of your tokens rise. There may be other reasons which are more personal to an individual such as a particular interest in the plans for a project and the industry it represents. An example of this is PRG token, paragoncoin.com this Company is involved in the marijuana sector and as more and more states and countries legalise the recreational drug then there are business opportunities for those involved.

(If you are interested in PRG tokens they are not yet widely available on many exchanges but can be purchased from hitbtc.com )

A great example of a successful ICO is Ethereum, during the ICO in 2014 the tokens were sold at a price ranging from $0.3 to $0.4 per token. After the project’s main platform was released in July 2015, the price of each token had risen significantly, reaching as high as $19.42 at one point. This means that some of the luckiest participants were able to claim an ROI of over 6000 percent in a very short space of time.

How safe is my money?

Ultimately participating in an ICO is high risk as with funding any startup company. Do not invest your life savings and take loans to participate in ICO’s, that would be foolish. Added to this, as we have already covered, there is no formal Government regulations imposed on ICO’s and South Korea, along with China have banned ICO’s. Many ICO’s will have statements advising that certain nationals will not be accepted – primarily US and Singaporeans. There are obviously ways to circumvent this, one is to use a VPN and within the crypto world regulations and other government news changes daily. 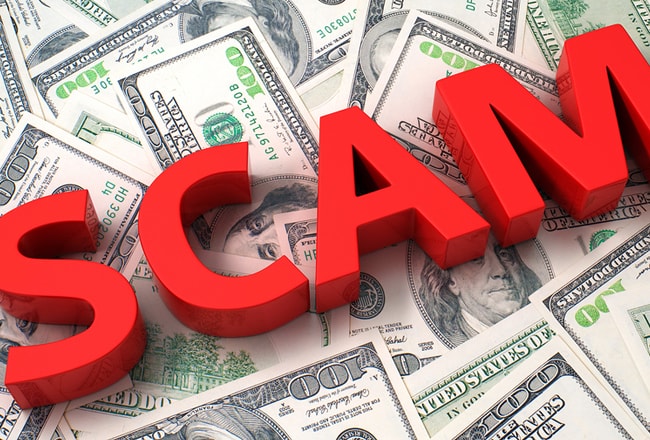 Unfortunately, there has been some scam ICO’s over the past years, one recently was Confido.

To help safeguard yourself here are some red flags:

If while doing your research an ICO displays any of the above characteristics then stay away or at best try to research further. There are also a lot of weird people on the internet who simply shout and scream scam at anything they don’t personally like and try to spread FUD.

One particular coin which suffers from this is TRX (Tronix), but there are others who have ignored the TRX doubters and countered the rumors with proper evidence.

If you would like to keep informed about the latest ICO and future ones too then try icowatchlist.